However often you find yourself using knives, from an amateur to a skilled bladesmith, it’s always important to understand what your money is getting you.

And in the fast-paced world we live in today, who has time to research what the differences are between your equipment? 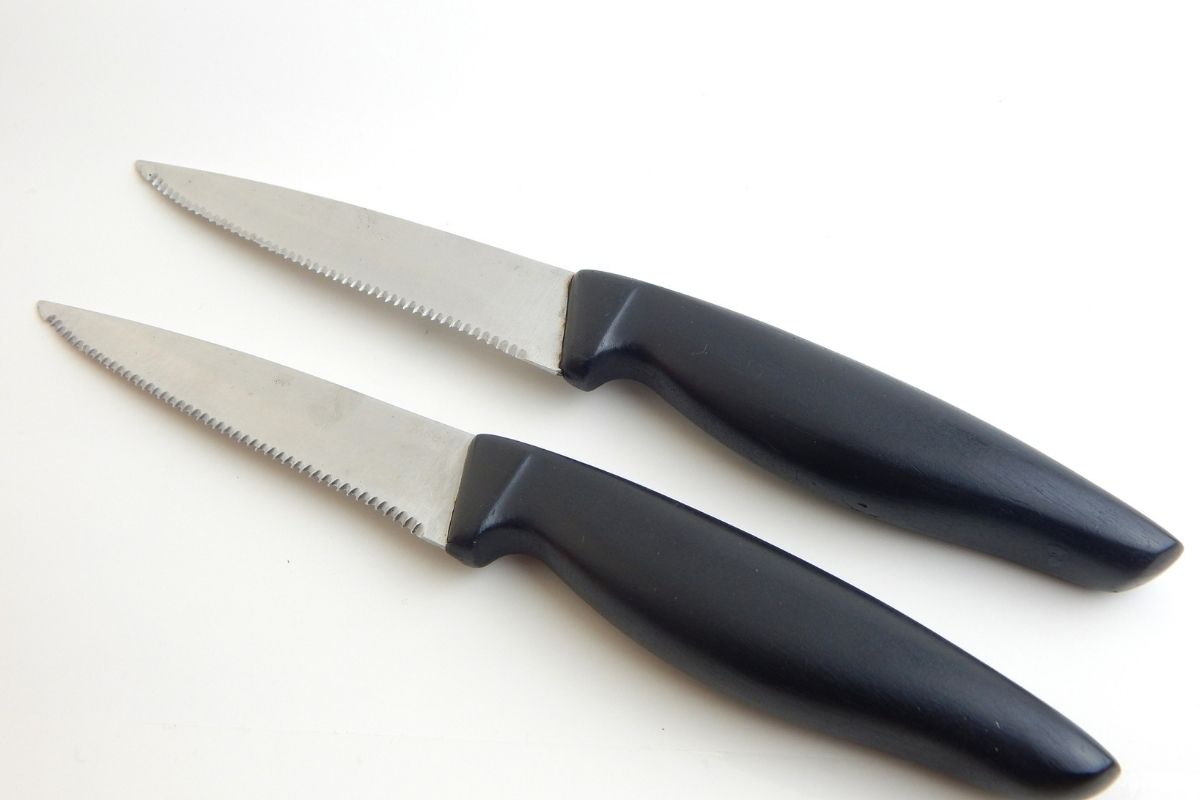 When it’s so much easier to click and go, allow us to make your life easier.

In this article we’ll be breaking down the differences between Full tang and Half tang, and ultimately what’s going to serve you better in the long run, after that we’ll have a quick look at 2 knives of each type that we can confidently say will do the job.

Starting off with Full tang, this configuration of knife simply means that the blade carries on throughout the whole knife, meaning that it is generally sandwiched between whatever material the handle is made from,sometimes this tang can be seen running through the handle, such as the example below, but remember just because you can’t see the tang itself doesn’t mean it’s not there.

Some knives make sure to cover the tang, or sometimes expose a fake one, to give the impression of full tang, make sure to read the description of the knife to be sure!

Full tang allows for a heavier, but generally more balanced blade, as the metal holds its weight through the entire knife which really gives a substantial feel to it.

The one last benefit to full tang is that the metal core really strengthens the whole knife, which makes it much more durable than its half counterpart.

On the other hand, Full Tang is generally less cost-efficient, and sometimes maybe you’re not looking for such a heavy blade.

Other than that, if you’d describe yourself as someone that takes Knives seriously, I'd recommend a full tang knife. 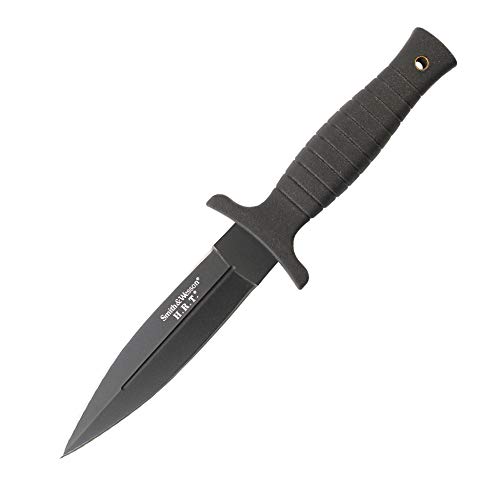 After reading the basic description of a full tang knife it’s easy to understand what generally comes with these sorts. This Smith and Wesson knife really is the definition of this. Simple, robust and effective,if you’re in a pinch, it’ll get you out of it.

This knife truly encapsulates a standard full tang knife, that would be a welcome addition to anyone’s home, and as the no1 best-selling knife in the fixed blade section of Amazon.com, there are plenty of reviews to back it up. The high grade carbon stainless steel gives the blade a really sharp finish, with many reviews praising how easily it is sharpened.

As well as that the knife itself is described by multiple people as being fantastically well-balanced, overall, this is a full tang knife that won’t break the bank, but will help you get out of a pinch whatever the situation.

In the case of Half Tang, it’s more of a case by case basis, but generally the knife itself is more cost-efficient due to there being less valuable metal inside the rod.

As well as this, due to less metal being exposed,corrosion is a factor that can wear down the knife from everyday use.

The Lighter and smaller blade does allow for some more positives, including the opportunity to have a better waterproof seal on the knife, and also work with more unique materials.

The main issue with half tang is its lack of durability, which is seen by these types of knives often snapping where the handle and the blade meet.

As well as this, half tang is rarely clearly advertised as such, because of the negative mindset associated with it. But don’t make up your mind just yet!

Maybe if you’re someone that doesn’t have too much interest in knives, or just wants a simple, cost-efficient knife that does the job and little else.

Then go for a half tang knife, the issues highlighted aren’t as big as they used to be and you really can get some great looking knives for a greater price. 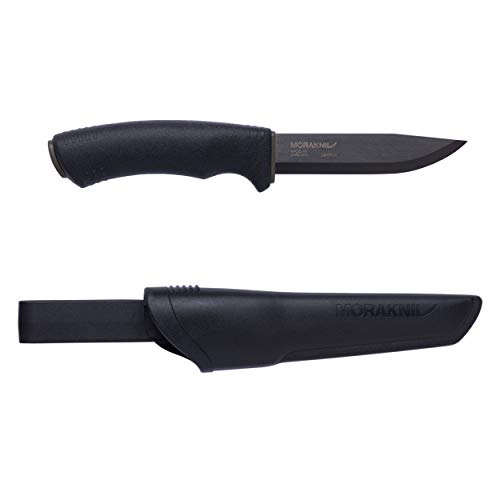 As for half tang, there are many different options available to you, but this Morakniv Bushcraft knife in black is a stylish, multipurpose knife with a focus on survival.

The blade is made from carbon steel and is covered in an anti corrosion coating to help with longevity.

The spine of the blade has been specially crafted to use with a firestarter, and with its strong blade can also carve and chop with ease.

For the negatives - really there really isn’t much to talk about with this one, the knife itself isn’t strictly meant for long, heavy-duty use,but it will hold its own if necessary.

And whilst the blade will dull overtime it's extremely easy to sharpen.

The biggest issue reviewers seem to have is the imbalance that the knife seems to have due to its half tang overall it ends up being quite a front loaded knife which can turn people away.

Otherwise If you’re someone who frequently camps, or just wants to be prepared, this Bushcraft knife is perfect for you, especially considering its relatively cheap price considering all of its various functions.

When all is said and done, choosing what knife is right for you is usually a relatively easy process. After all, you know what it is you’ll be using it for.

There are many different knives for many different purposes, but hopefully this article helped to clear up any misconceptions you may have had beforehand. Just remember to be on the lookout for full or half tang!

Tom Bower
Hi, my name is Tom Bower and I have had a passion for knives since I was in my early 20s. I moved out on my own and started collecting my own furniture, utensils, and hobbies. Not only do I have a passion for cooking, but I also love being outdoors in adventure mode.

I have dedicated part of my life to finding my favorite knives for different occasions. Have you ever tried to cut through a steak with a blunt knife? Or a rope with a low-quality pocket knife? Once you get a taste of quality, you’ll never go back to what you knew before.